Interviewing to See if a Candidate Shares Your Company's Core Values

Five questions to consider asking candidates in your company’s next interviews. A guide to interviewing for core values to separate the good from the great talent.

When Tony Hsieh, CEO of Zappos, was just out of college, he sold his first company to Microsoft for $265 million. But for him, the sale wasn’t about money—he was actually most concerned about the company culture he had created.

“I just didn’t look forward to going to the office. The passion and excitement were no longer there,” said Tony, in a New York Times interview. “So when I joined Zappos about a year later, I wanted to make sure that I didn’t make the same mistake.”

Since then, Tony has made culture the number one priority at Zappos, largely by hiring people who closely align with the 10 core values the company developed in its early stages, like “pursue growth and learning” and “create fun and a little weirdness.” To get there, his HR department developed questions that specifically screen for each of those values.

“We wanted to come up with [ten] committable core values, meaning that we would actually be willing to hire and fire people based on those values, regardless of their individual job performance,” says Tony.

That’s just one example of how companies are increasingly hiring for their core values—and the soft skills that exemplify those values.

Here are the type of questions five companies use to do just that: 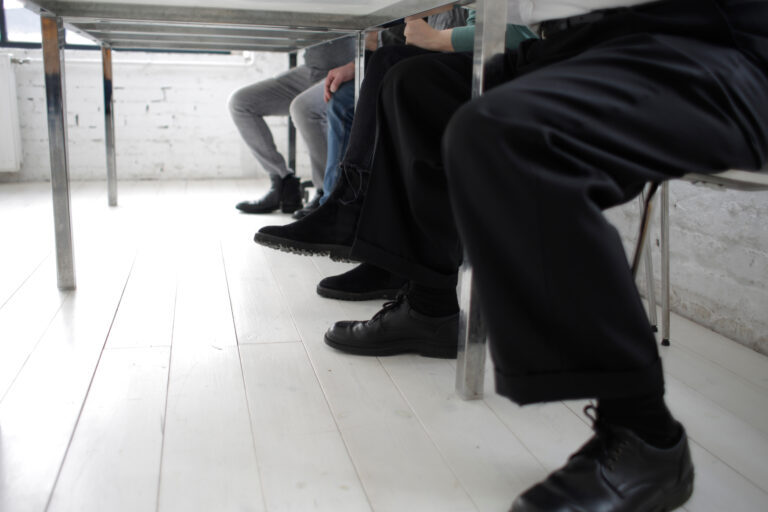 1. “Tell me something you have taught yourself in the last six months.”

Early in his career at Google, CEO Eric Schmidt realized that the best predictor of a candidate’s success wasn’t necessarily their pedigree or technical know-how. What mattered most was whether they possessed two hugely important soft skills: persistence and curiosity.

“The combination of persistence and curiosity is a very good predictor of employee success in a knowledge economy,” says Eric.

These skills happen to align nicely with some of Google’s core values—what they call their “ten things we know to be true”—including “there’s always more information out there” and “great just isn’t good enough.” When you can find a candidate with the right combination of soft skills and who also aligns with your culture and values, you’ve probably got a keeper.

Curiosity isn’t easy to gauge in an interview, but it’s definitely possible with the right questions and a little practice. To start with, try asking candidates about something they’ve recently taught themselves, or give them a pre-interview assignment with a research component, then have them talk through their process with you. Of course, you can also turn the interview on them, measuring their curiosity based on the kinds of questions they choose to ask you.

2. "One year from now, if you're part of the team at XYZ, how will you judge if your time here has been a success?"

At ThirdLove, an online bra purveyor co-founded by former Google marketer Heidi Zak, the company’s leaders quickly realized that locating candidates who shared their core values was a much better predictor than hard skills or experience.

But they couldn’t just ask leading questions with obvious answers—e.g., “Are you responsible at work?“ So Heidi worked backwards, developing interview questions that test for specific soft skills that directly relate to the company’s core values, including positivity and an ability to adapt to change.

Like Google, ThirdLove also considers curiosity to be among its top values. To measure curiosity in candidates, Heidi asks: “One year from now, if you’re part of the team at ThirdLove, how will you judge if [your time here] has been a success?”

There’s no specific right or wrong answer, but Heidi is looking for candidates who focus on growth and learning new things, rather than individual accomplishments. She knows these candidates will make great leaders because they share the same goals and focus as the company’s top executives.

3. "What has shaped you, regardless of your school or occupation?”

You might be noticing a pattern: when it comes to sussing out a candidates’ alignment with core values, many interviewers skip right past work-related questions. For example, at Ikea—where values, fit, and communication are prized above credentials and accomplishments—Marilyn Schroder, the Manager of Recruitment, asks questions that illuminate the candidate’s authentic personality.

Inspired by its rich, Swedish corporate culture, Ikea’s core values include humbleness, willpower, and a constant desire for renewal.

To learn more about candidates’ values, Marilyn zips right past the resume: “What has shaped you, regardless of your school or occupation?” she asks. The question forces the candidate to exclude career and education experience and reflect on experiences that reveal their character outside of the workplace.

“Every human being develops certain values over the course of his or her life,” Schröder said. “The more [their] values match those of Ikea, the greater the likelihood that a new employee will actually be happy with us.”

To make sure she’s hiring the right people, Marilyn makes the interview more of a dialogue than an intense grilling session. After all, the ideal candidate isn’t just someone who’s qualified for the job—they should also feel that the role and company culture are a good fit for their own careers.

“The application is not a question-and-answer game,” says Marilyn. “We hope that applicants will understand it as a meeting process and be authentic, so that we can work together to find out whether the job is right for them.”

According to a LinkedIn survey of U.S. hiring managers, communication is the most in-demand soft skill for candidates. Fortunately, communication also one of the easiest skills to measure in an interview—but only if you give your candidate an opportunity.

For Josh Millet, CEO and founder of Criteria Corp, one of the most important questions he asks during interviews is “Does that make sense?” It’s a question that requires him to pause his own train of thought for a moment to see whether the candidate is actively listening—and whether they can understand and synthesize what he’s been telling them.

If the candidate’s impulse is to respond with a simple, terse “yes,” they’re probably not going to score high marks.

“The real purpose of this question is to probe your active listening skills,” says Josh. “In other words, how well can you summarize what I’ve just said, and how attuned are you to understanding my needs as a hiring manager?”

That said, recruiters and hiring managers must be mindful of creating space for the candidate to speak.

“In today’s job-search climate, it’s crucial [for candidates] to master the subtle art of selling your soft skills to a potential employer,” says Josh. “But it’s just as crucial [to] offer candidates a chance to do that. If you don’t know how to look for soft skills, you’ll never find them.”

5. “Tell me about your most significant technical accomplishment, the project that you’re most proud of.”

No matter how much emphasis you place on a candidate’s personality, soft skills, or alignment with company values, you shouldn’t avoid discussing their accomplishments altogether. In fact, the way a job-seeker talks about their past work experiences can tell you a lot about them, as Max Brown learned while recruiting for Tesla.

Max interviewed over 1,000 candidates for technical positions, and he discovered one question that tripped them up over and over again: “Tell me about your most significant technical accomplishment, the project that you’re most proud of.”

The question might seem unexceptional—maybe even easy—but it’s actually a great test that reveals whether a candidate possesses the values and skills most important at Tesla, including grit, rigor, and ownership.

Grit can come through in the way they describe their perseverance during a project, and rigor boils down to their technical knowledge of nitty-gritty details. But ownership is most important of all—for Max, it “all goes back to how personally instrumental [the candidate was] in a project’s outcome.”

Tons of candidates make the same mistake—they describe a major project they worked on that sounds super impressive, but after a series of follow-up questions, is revealed to be something they only played a small part in.

In fact, one of the most impressive candidate responses was about a pen cap—an unsexy product, but one that the candidate owned through and through.

“He presented the pen cap as an example of his personal expertise, which was plastics design,” says Max. “Our engineers left the interview impressed by the knowledge the candidate was able to display in his field.”

Just as candidates are looking for ways to show off their personalities and soft skills, recruiters must find way new and effective ways to gauge whether a candidate aligns with the company’s core values. Not only will values-focused interview questions predict future success, but they can help a candidate determine whether the job is right for them, too.